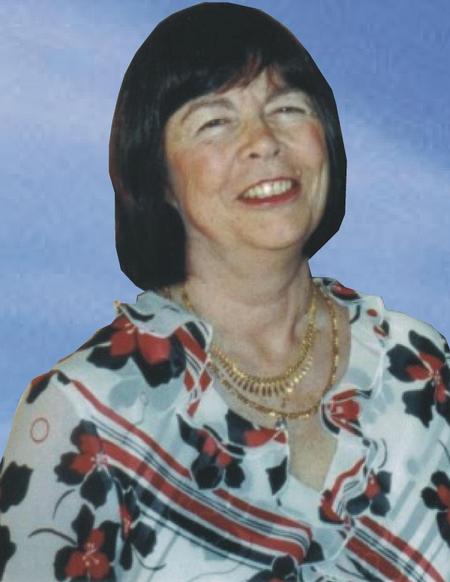 Brought up in Skewen, Penny attended Neath Girls Grammar School winning national prizes in English, Classics and choral music. She was awarded a State Scholarship and graduated in English at King’s College, London, afterwards reading Education at Hughes Hall, Cambridge University. She later studied music and singing at the then Welsh College of Music and Drama, where she won prizes for opera and song and gained three major performance diplomas before gaining a University of Wales Masters degree for research into musical ability. As a solo soprano she recorded with the Morriston Orpheus Choir for EMI on the LPs ‘Sing We Merrily’ and ‘Golden and New’. She was a founder member of Brecon Cathedral Singers and has sung at many major concert halls. She has written and broadcast on the Arts in Education and on Women in Management.

After a headship at Mynyddbach School, she became the successful first Principal of Gorseinon College. Since leaving, Penny has concentrated on teaching music and singing, encouraging her pupils to achieve outstanding examination results and helping them gain entry to conservatoires and universities. In setting up the Ariosa Singers, she has continued her lifelong commitment to working with young people through the arts.

For 15 years she was Choral Director at All Saints Church Choir, Oystermouth, Swansea where 39 of the young choristers achieved Bronze, Silver and Gold medals of the Royal School of Church Music. Penny established the annual All Saints Alive Festival of Literature and Festival of Music.

She has served as a member of the Welsh Arts Council, the Curriculum Council of Wales, as a Governor and Audit Chair of Trinity College, Carmarthen, and as a non-executive Director and Audit Chair of Estyn.  She is now a Trustee of the Austin Bailey Foundation and chairs the Diocesan Royal School of Church Music committee.  Penny is President of Swansea Save The Children, a past President of the Philharmonic Choir, and President of Dunvant Male Choir and a Vice-President of Morriston Orpheus Choir.

She received a Woman of the Year commendation for her work as a charity fundraiser and was awarded the Fellowship of the Royal Society of Arts for her work in artistic enterprise as well as the OBE for her services to education. Recently Mumbles Community Council presented her with its ‘Honour of Mumbles’ in recognition of her contribution to the local community. Recently Penny was awarded a certificate of Special Merit from the Royal School of Church Music at York Minster.

Penny at York Minster with Lord Gill, President of the RSCM and Andrew Reid, Director of the RSCM

Mrs.Irene Iles is the principal chaperone at rehearsals and concerts. She is Child Protection Officer and Secretary