With regret both the Ariosa Singers and Mumbles Voices will not be meeting for the foreseeable future. All rehearsals are now cancelled

We raised £655 for Maggie's. Thank you to everyone who attended and donated to the charity 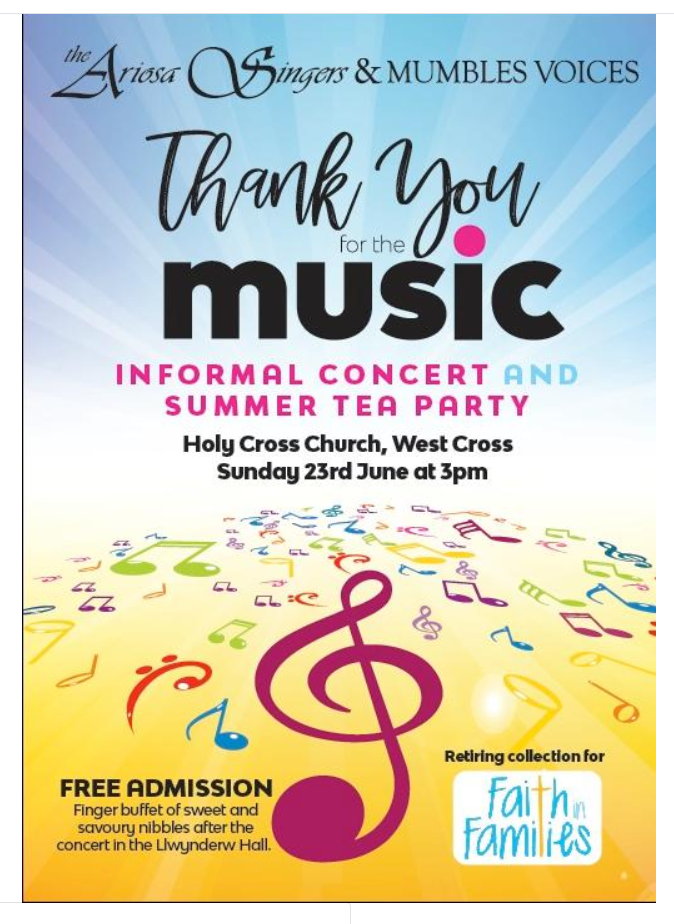 This concert at Holy Cross Church, West Cross, Swansea raised £500 through a retiring collection and donations for the  local charity
FAITH IN FAMILIES.

We raised £737 at our Easter Concert 2019 which was be sent to
MS Society Cymru, Cardiff. 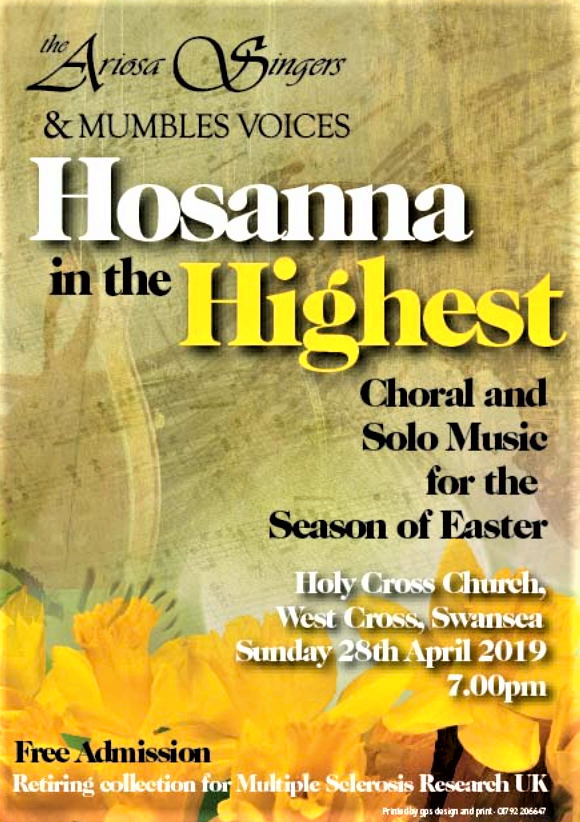 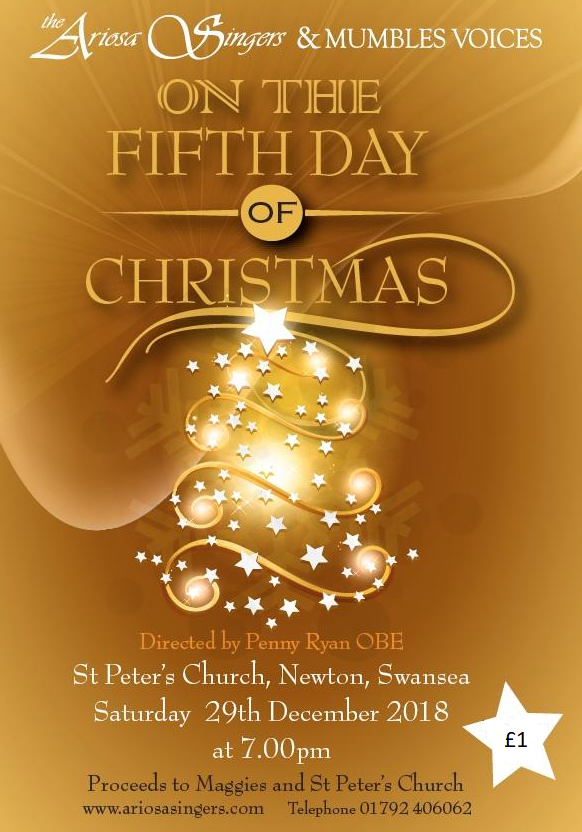 We raised £400 at this concert on Dec 29th 2018 which was shared between Maggie's
and St Peter's Church.

Our Informal Afternoon Concert at St Peter's Church Newton Nov 4th 2018 raised £220 for the Hostel for the Homeless on The Strand, Swansea 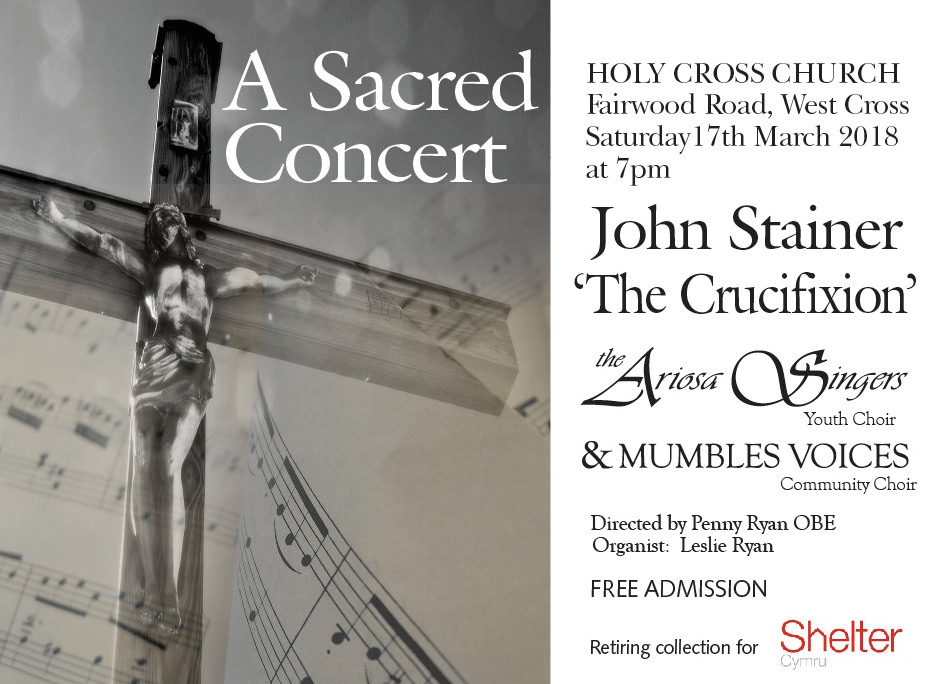 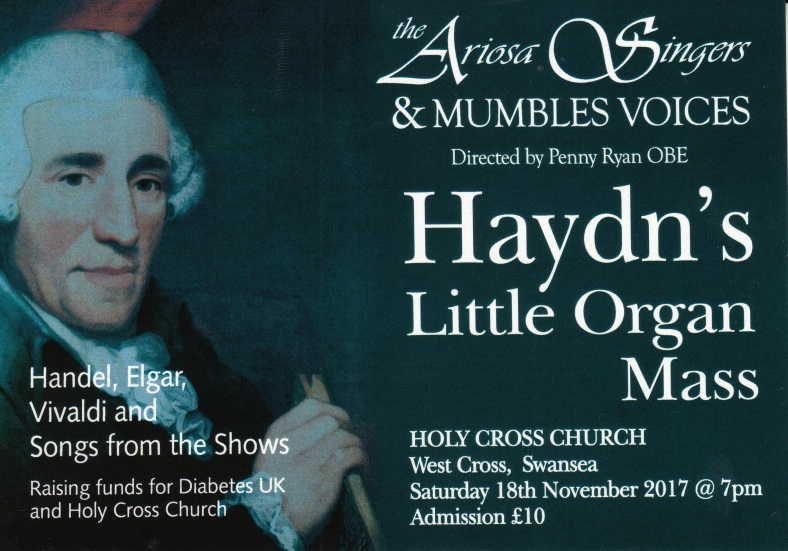 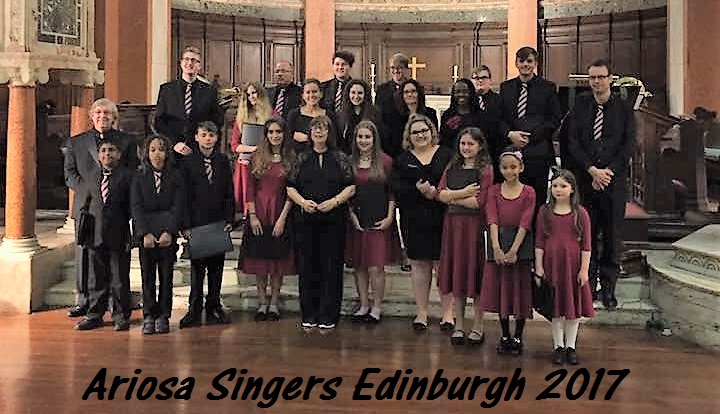 The Mozart Coronation Mass concert at Holy Cross Church, Swansea on 20 April 2017 raised a profit of £1000 which will be split 50:50 between Maggie's Swansea Cancer Care and Holy Cross Church. Thanks to all who sang and played to make the concert such an overwhelming success. 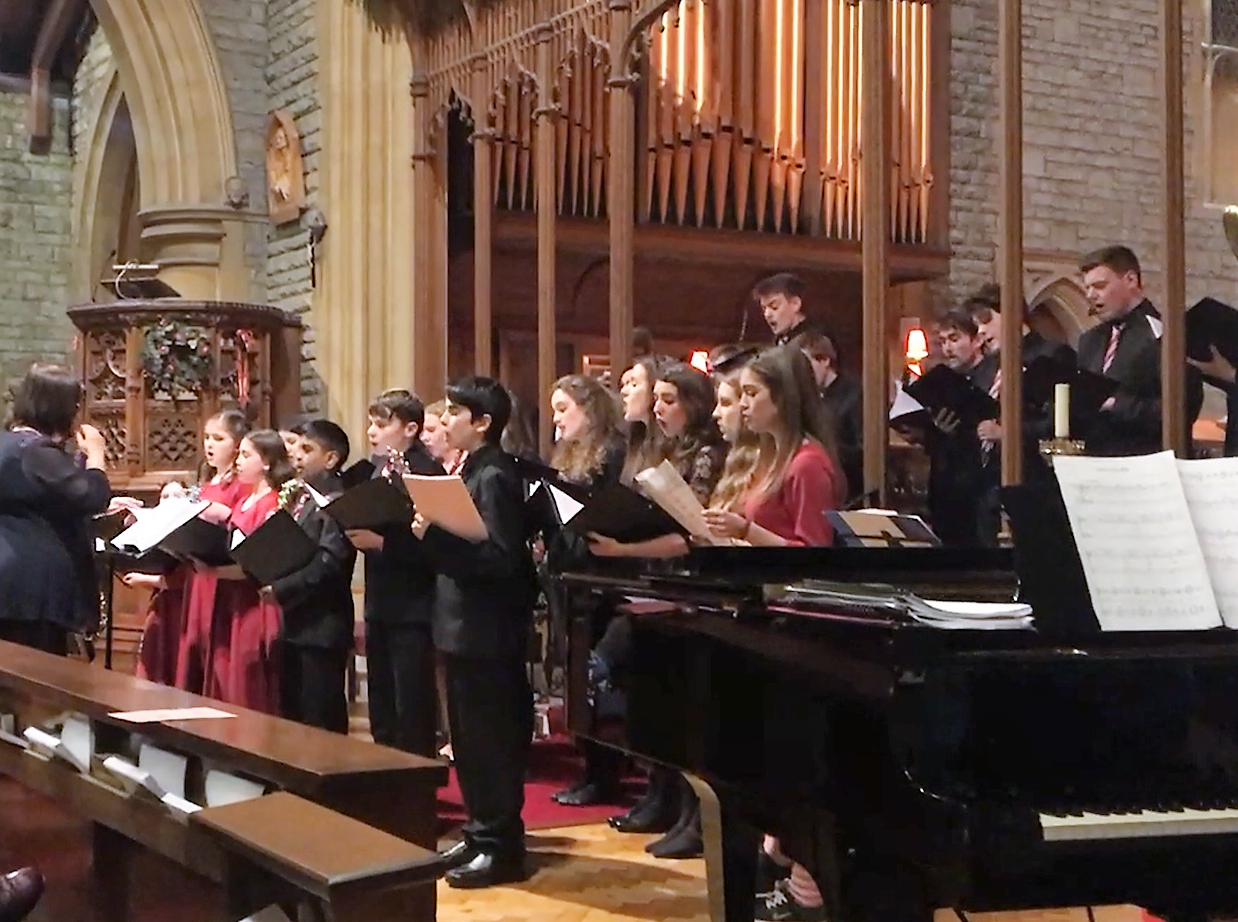 Penny Ryan is presented with the Royal School of Church Music's Certificate of Special Service at a ceremony in York Minster 2017. She is seen here with Chairman of the RSCM Lord Gill, and Director of the RSCM Andrew Reid 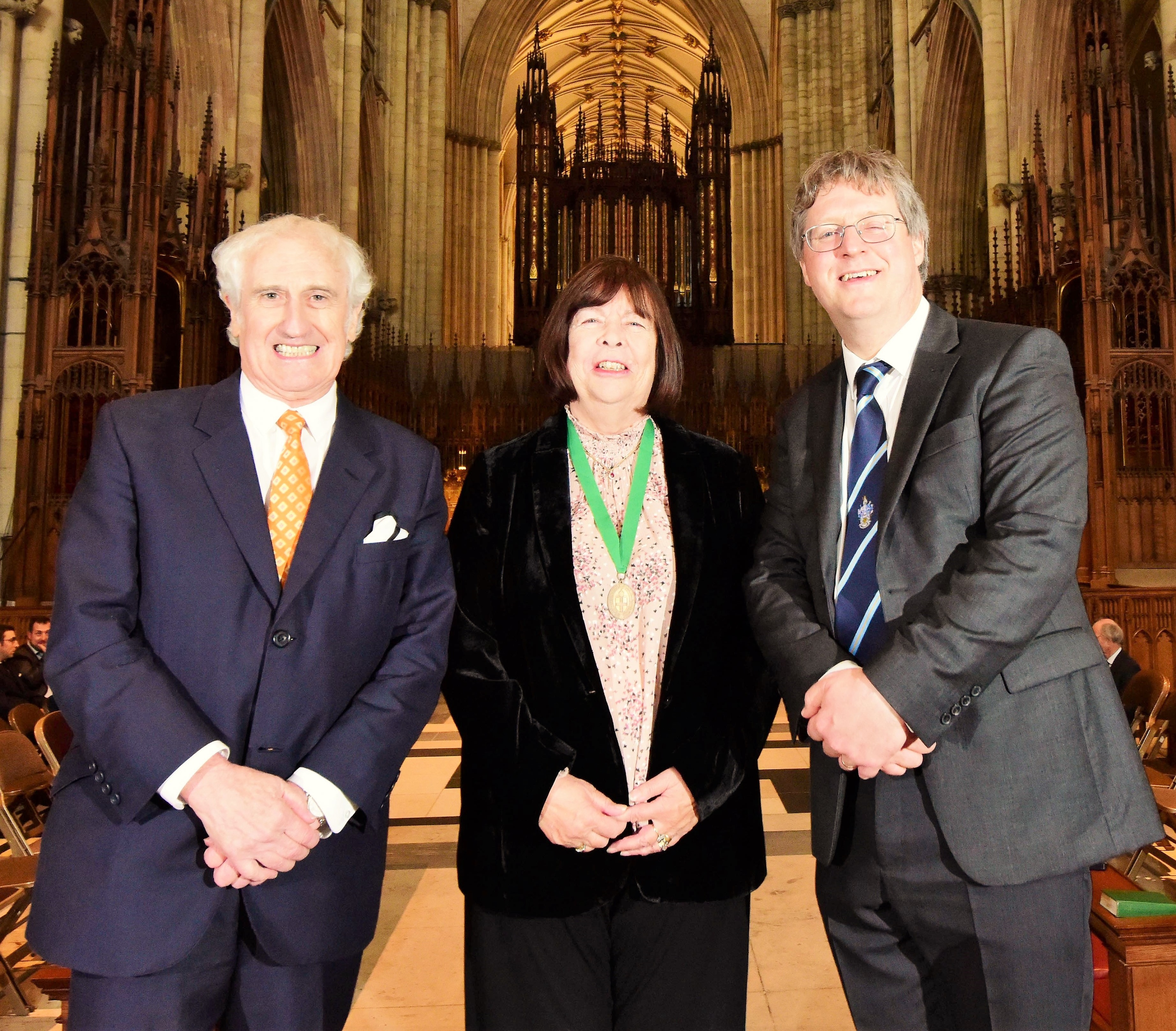 The Ariosa Singers are an independent youth choir based in Swansea . They are directed by Penny Ryan OBE FRSA

Natalya Romaniw  is Singing Patron of the Ariosa Singers. Natalya  won the Gold Medal at the Guildhall School of Music and Drama, London in 2011 and the prestigious Kathleen Ferrier Award in 2012. She went to Houston Opera, USA on its Young Artists Programme. Back in the UK now, she is in demand as an opera singer, recently taking leading roles with Garsington Opera and Holland Park Opera.